Artists and Their Managers, and Getting a Major Label Deal 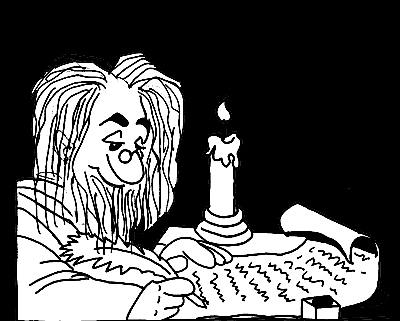 I have found that a new trend is becoming more common in the Music Industry regarding:

1. Artists wanting to get a Major Label, or one of its Subsidiaries to hear their music.

2. Just as importantly, actually being able to get signed to a worthwhile deal with them!

Simply put: the problems encountered by countless Artists wanting to get heard and signed throughout the years is getting worse. Of course there IS a way to solve the problem, but first you need a little background to understand the situation from both sides so you can plan accordingly.

Even starting back in the mid 80's, Artists found out that, if they wanted to get a deal with a Major Label, or one of their Subsidiaries, they couldn't even get any of them to listen to them, let alone sign them!

I remember one of my students in the mid '90s sent a professional looking and sounding album to quite a few labels - and every one came back unopened, some even a year later, usually with the words "unsolicited material - return to sender".

The truth was, and what Artists began to realize was, if they wanted to be heard by a worthwhile company, they had to go through a Manager, Publisher, Entertainment Attorney, or Known Producer.

Why? The record companies had many reasons, including, but not limited to:

1. - They got tired of dealing with hundreds of mostly "awful" tapes/CDs coming in every day.

2. - By going through a Manager, Publisher, Entertainment Attorney, or Known Producer, someone else was first screening the Artists and recordings for them.

And then, in effect, THAT Manager, or whomever, was then putting their name on the line! If one of these people started handing in bad tapes or CDs, they would get the "cold shoulder", too!

3. - They were tired of getting sued by people they never heard of, who said that the companies stole bits or all of their song.

Well, to make a long story short, if you thought the situation was bad enough, through the years the Companies got even tougher on submissions and who they would talk to. The presenters of material became too numerous and they had to whittle them down.

And now it's starting to come to this:

1. - Getting your music presented:

Well, first off, a relatively unknown Manager may be able to get heard by a low-level A&R type person. That's a great start, but it ups the odds of your recording being shot down somewhere along the way up the ladder before it ever reaches the Top Rung.

A well-known Manager (or Producer or Entertainment Attorney) will be able to reach the top of the ladder immediately, such as the President of the Company, Senior VP of A&R, or the like. That is, the actual decision makers!

But, let's say they like the Artist, and the Artist is making it up near the top of the ladder! They love you! You have one more hurdle...

2. - Actually getting signed to a Real Deal!

It's come to this: Nowadays it's become more and more likely that they won't sign you to any worthwhile deal unless you are signed to, not just a Manager, but a Major Management Company.

First, they don't want to take chances with someone who doesn't really know the Music Business and/or doesn't have the resources to really help the Record Company, as the Labels are putting more and more of their responsibilities, onto the Manager’s shoulders. They don’t want to take a chance on the type of Manager who either does nothing to help, or even messes up the works because of their lack of knowledge of the Music Biz and how it operates. And keep in mind that music business insanity can often be confusing to anyone with all the changes constantly happening!

Now, what if you're the Artist and you're already signed to a Manager? And you may love them! And you don't want to get lost in a large Management Company that has a bunch of other Artists! Now what?

Or, you may be a Manager, who has been with and helped develop, and achieved a close bond with an Artist - and you don't want to lose them or take an inferior deal for the Artist and yourself with a lesser Company! Now what?

There IS an answer! If you're a Manager, or an Artist there IS a way that will work and will be acceptable to the Labels. Simply put: The Manager goes into a "Co-Management" deal with a Major Management firm. That is, the Artist actually has 2 Managers. And, actually, this may turn out be the best of both worlds for both the Artist AND their Manager.

For the Artist: You'll have a personal, Personal Manager looking out for you; someone you're comfortable with and trust, and who will make sure you're protected from, and not forgotten by, the larger company.

And, you'll also have the benefit of being associated with a large company with all their people/contacts and other resources who can do so much for you - all that is necessary to compete in this crazy Music Biz world.

For the Manager: You'll have help with resources [film and TV placements, plus "Branding" and the like, etc.], the knowledge of the ever-changing Music Biz and what to do, and a staff to handle all the insane things that pop up and have to be dealt with every day.

Here's how it works: Depending on the situation/company, the Management Company will either:

1. Ask the present Manager to sign a Co-Management Agreement with them, or...

2. Will ask the Artist to sign a new Artist Management Agreement, with both the old Manager and the new Management Company now listed as Co-Managers.

All in all, this can become a win-win-win situation, BUT remember to have a good and fair contract written and/or negotiated by someone like me, a Music Business Contract Specialist, or your Entertainment Attorney.